A recent High Court decision highlights the importance of clear contractual terms stating when and how the parties may terminate their agreement.

Parties commonly intend that intellectual property licences continue in force until expiry of all of the intellectual property rights being licensed. In the recent decision of Ward Equipment Limited v Preston, the New Zealand High Court implied a right for the licensor to terminate a patent licence on reasonable notice, even though the patents were still in force.

Parties need to be very clear about the term and rights to terminate, if they intend the licence to stay in force for an indeterminate amount of time and do not wish the courts to imply an earlier right to terminate. Otherwise parties could find investments they’ve made or opportunities they’ve forgone - in reliance on their licence agreement continuing, lost if the counterparty terminates without cause.

In 1998, Mevon Pty Limited’s (Mevon) predecessor granted an exclusive licence to Ward Equipment Limited’s (Ward) predecessor to modify, adapt, manufacture, use, sell, hire or otherwise deal with certain construction products in New Zealand. The main product was called the “Superdeck” which allowed goods to be transferred by an off-site crane into a high-rise building. Between the grant of the relevant patents and the High Court proceeding, the licence was transferred to Mevon and Ward.

Between 2012 and 2014, the royalties paid by Ward to Mevon were very low, much lower than the previous minimum royalties, which had been removed from the licence by agreement as part of the transfer of the licence to Ward.

In 2014 Mevon decided to enter the market itself, in breach of the exclusive licence granted to Ward. Mevon informed Ward of this in early 2015. In late 2016, Mevon purported to terminate the licence for “Ward’s continuing breaches and on the basis of the parties’ entitlement to terminate on reasonable notice”.

Ward applied for an injunction restraining Mevon and its related entities from selling the licensed products in New Zealand in breach of the licence. Mevon counterclaimed that it had validly terminated the licence.

Justice Fogarty said that the “cases repeatedly confirm that the usual common law expectation for a commercial contract importing continuing obligations between the parties, which depend on an ongoing good relationship between the parties, are terminable on reasonable notice, where the contract has no fixed duration.”

He held the licence had no fixed duration as Mevon only had a right to terminate for Ward’s breach, while Ward also had a right to terminate following expiry of the patents. He did not mention (and we presume it was not raised in argument) the statutory right the licensor would have had to terminate the licence following expiry of the patents. Under section 168 of the Patents Act 2013, either party can terminate a licence to exploit a patented product or process once the patent(s) which protected the product or process at the time the licence was entered into have expired or been revoked. We wonder if this would have changed the analysis, as it would have meant that either party could bring the licence to an end once the patents had expired.

The Judge went on to hold that a “licensing contract of intellectual property classically falls within a contract involving a degree of trust and confidence between the parties… It is in truth a form of partnership.” This seems like quite a broad generalisation to us, particularly in a case where the licence had been transferred between licensees. We do not think that this is a general principle that would always apply. In our experience, licences are often arms-length arrangements between commercial entities under which the licensee is free to conduct its business as it sees fit, subject to any restrictions set out in the agreement.

Justice Fogarty held that “it could not have been in expectation of the parties at the time [the licence] was made that it would last forever…” He therefore held that Mevon could terminate on reasonable notice.

The Judge also made some comments about how Ward’s poor performance in marketing and selling the products supported Mevon being entitled to terminate, and that if Ward had been performing well “there might have been a case … for arguing contractually unreasonable conduct on the part of [Mevon] to enter the market in competition with its licensee.”

It is hard to see how the poor performance is relevant to whether there is a right to terminate for convenience. Whether that right exists is determined based on the intentions of the parties when they entered into the contract, not the circumstances at the time of termination. If a licensor wishes to be able to terminate for poor performance, it should ensure that there are clear performance requirements in the licence agreement, and an express right to terminate for failing to meet those requirements. Mevon did the opposite when it agreed to remove the minimum royalties on the transfer of the licence to Ward.

The Judge held three months’ notice of termination was sufficient. This appeared to be at least partly in reliance on the poor performance of Ward. Ward argued that the notice period should be 12 months as most orders had long lead times and one of Ward’s group entity’s businesses relied entirely on the licence. However, the Judge held because of the low levels of revenue being generated these were merely formal arguments, and he did not give them much weight.

The Judge also relied in part on the three month notice Ward would have had to give if it wanted to terminate once the patents had expired. This seems a little unfair to us. In that situation, the parties would have known long in advance when the patents were due to expire. They both would have been on notice that the licence could be brought to an end at or after that time. Also, that three month period was probably copied from Patents Act provision on termination (presumably intentionally), rather than being arrived at by the parties independently.

Here, the notice of termination came out of the blue, and could theoretically be given at any time. That is a different commercial proposition for Ward, who would have been operating on the assumption the licence would continue at least for the life of the patents.

Lessons to be learned

This case is a good reminder that clearly and expressly addressing the intention of the parties at the time a contract is signed can avoid the courts interfering if the relationship goes sour.

If the parties intend the licence to remain in force until all patents (or other intellectual property rights) have expired, we suggest: 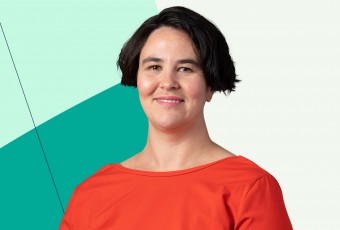 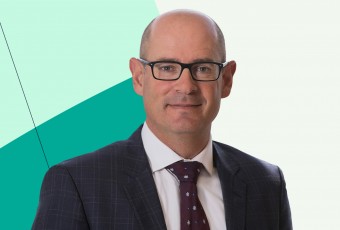