The trial has begun for the long-running battle between the owners of the copyright in the Eminem song ‘Lose Yourself’, and various parties (including the National Party) who are alleged to have infringed that copyright.

Musical copyright cases are notoriously difficult, and deciding whether one song reproduces part of the other requires detailed examination of the structure, melody, tempo, and harmony of the two works. To the layperson, decisions in these cases can seem somewhat arbitrary: why was Led Zeppelin found not to infringe copyright in the instrumental ‘Taurus’ with the opening riff to ‘Stairway to Heaven’, but Men at Work’s ‘Down Under’ was found to reproduce two bars of the classic Australian children’s song ‘Kookaburra sits in the old gum tree’? However, the similarity between two musical works may be buried at a level not immediately apparent to the casual listener and expert evidence from musicologists is often needed to uncover and explain this for the court.

This is an important case for New Zealand, as we have very little indigenous case law on musical copyright infringement. The trial is expected to run for at least six days, and intellectual property lawyers around the country await the decision with interest.

Recent news stories about the case:

Eminem vs National Party: Court case starts over political ad
Partner, Kate McHaffie, talks on Radio New Zealand about the case. She says, ‘we don't have a lot of law in New Zealand on this’.

Video: Lawyers, judge listen to Eminem's 'Lose Yourself' in National Party copyright case
In this video you can hear the similarities between the two pieces of music. First played is the song ‘Lose Yourself’ by rapper Eminem and the second, a piece of production music called ‘Eminem Esque’ bought by the National Party from a company called BeatBox. 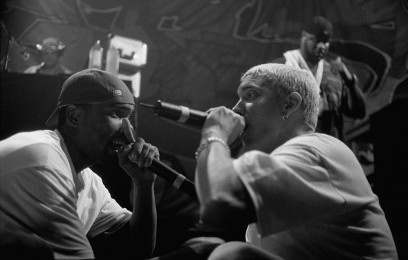