Lacoste signals that trade mark owners need to use their trade marks consistently, in the form in which they are registered, or risk losing trade mark protection. Trade mark owners with registrations in New Zealand and Australia should also be aware of key differences between the laws of both countries.

The power of the crocodile

Lacoste owned the registration as a result of an assignment to it from a company associated with Crocodile International many years ago. Lacoste had never used the trade mark in this form, and had never used any trade mark containing the word ‘CROCODILE’. It had, however, used its famous trade mark also depicting a crocodile.

The High Court and the Court of Appeal had said Lacoste’s use of its crocodile mark counted as use of the crocodile mark. They said the dominant element of the mark was the crocodile, and the word ‘CROCODILE’ reinforced that ‘central meaning’, so the ‘distinctive characteristics’ were the same. One judge went so far as to say ‘it is all about the crocodile’.

The lower courts’ decisions went against the grain of earlier well-settled decisions in New Zealand. Previously, a trade mark that had been used in a different form than what was registered would result in the registration being revoked for non-use. For example, use of the GOLDEN BAKE trade mark on the left was held not to be use of the one on the right. The Supreme Court’s decision restores the law to this position, which is consistent with the statutory definition of ‘use’.

As well as restoring clarity to the definition of ‘use’, the Supreme Court in Lacoste settled another point of law, namely the Trade Marks Commissioner’s discretion not to revoke a trade mark that has not been used. This discretion was explicit under New Zealand’s old Trade Marks Act 1953, but only available in ‘exceptional circumstances’. The current 2002 Act removed the statutory discretion, meaning an unused trade mark will be revoked unless the owner can establish special circumstances justifying the lack of use. However, many believed a residual discretion remained.

Previous decisions of the lower courts said the Commissioner had a discretion to keep a trade mark on the register if they considered it justified, even if the owner could not show the required use or ‘special circumstances’. In Cure Kids v National SIDS Council of Australia Ltd [2014] NZHC 3366, the High Court said the use of the word ‘may’ in the relevant provisions of the Act showed that the Commissioner had a residual discretion not to revoke, and exceptional circumstances were not required for the discretion to be exercised.

The Supreme Court has overturned that position, finding that there is no residual discretion for the Commissioner to retain a trade mark on the register if there is no use or special circumstances established. The court noted that comparable laws in the United Kingdom and Singapore provide no such discretion, and considered that if the legislature intended there to be a residual discretion, it would have been easy enough to express this in statute.

The Lacoste decision makes it clear that if a trade mark has not been used in essentially the same form it is registered, then the trade mark will be removed from the register (barring special circumstances).

Many trade mark owners will have registrations in both New Zealand and Australia. While the trade mark laws of both countries are similar, there are some important differences.

New Zealand’s non-use law allows the Commissioner to revoke a trade mark if it has not been used for a continuous three year period since it was registered.

In Australia, a mark can also be removed if it has not been used in a three year period since registration, although the owner gets an initial five years period from their filing date before the registration becomes vulnerable.

So far, so similar. But the jurisdictions have different exceptions to their non-use provisions. In New Zealand, a trade mark may only be saved from revocation if the owner’s non-use is due to ‘special circumstances’, but Australia is more lenient. Their law allows a trade mark to remain on the register if the trade mark owner can show there were ‘obstacles’ to its use. Importantly, Australia also has an additional discretion not to remove a registration if the Registrar or the Court considers it reasonable.

Discretion now for Australia only

In Australia, the law expressly provides that the Registrar may retain a mark on the register even if removal grounds are established, if they are satisfied that it is reasonable to do so.

This discretion creates some uncertainty. There are questions over how wide the Registrar’s discretion is, and in what circumstances it will be exercised. In Kowa Company Ltd v N V Organon [2005] 66 IPR 131, the discretion was interpreted broadly, exercisable whenever the decision maker thinks ‘it is reasonable to do so’. To say otherwise, was to make the test too high.

Austin, Nichols & Co Inc v Lodestar Anstalt [2012] FCR 490 confirmed the discretion is limited only by the ‘subject matter, scope and purpose of the legislation’. Relevant factors include protecting the integrity of the register, avoiding consumer deception and confusion, and accommodating the owner’s intention to use the mark, where reasonable.

This broad discretion can sometimes cause a level of unpredictability in revocation cases.

Recent decisions by the Australian Trade Marks Office reflect the unpredictability of this discretion. In Intellectual Property Development Corporation Pty Ltd v Malina Schinder and Adrian Schinder [2016] ATMO 103, the hearings officer held that use of the mark on the left was not use of the mark as registered (on the right) and elected to remove the registration. 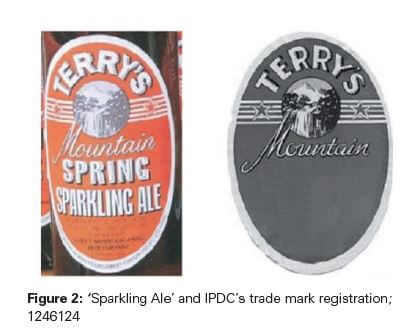 The mark used was very similar to the registered mark, however, the hearings officer held the inclusion of the word ‘SPRING’ was prominent and meant the marks were not substantially identical. The hearings officer had the discretion to allow the registration to remain anyway, but elected not to use it, and the registration was revoked. This decision is somewhat surprising given the registrant had clearly made an effort to use the trade mark, and all of the elements of the trade mark were present.

In Kathryn Hams v Indian Motorcycle International, LLC [2016] ATMO 78 (27 September 2016), the Hearings Officer found that Hams had a reputation in the trade mark ‘of some kind’, despite many deficiencies in the evidence. The Hearings Officer exercised their discretion to allow Hams’ registration to remain for all ‘automotive land vehicles’ even though the owner had only used the trade mark in relation to a couple of specific parts for vehicles. In New Zealand, the owner would have had difficulty establishing reputation on the evidence provided. Additionally, we would have expected the registration to be restricted to a fair description of the goods the trade mark had actually been used for.

The need for exceptions

There may be good reasons why a trade mark owner has not been able to use their trade mark for three years or more.

Special circumstances and discretionary provisions give trade mark owners an ‘out’ when it would be unfair to revoke their registrations despite a lack of trade mark use.

The New Zealand threshold to establish special circumstances is high. In Maanhaas the owner had difficulty sourcing fish from overseas for the goods he was providing under his trade mark, but this was not considered a special circumstance. Product sourcing was viewed as a regular aspect of Maanhaas’ business. A successful example was Aktiebolaget Manus v R J Fullwood and Bland Ltd [1949] Ch 208 (CA) where the inability to import milking machines due to World War Two was deemed a special circumstance.

A general discretion is a powerful ‘catch all’ provision, if the owner’s situation does not fall within the special circumstances grounds. In the Australian case of Pioneer Computers Australia Pty Ltd v Pioneer KK [2009] FCA 135, the Judge exercised his discretion to retain the PIONEER mark, even though Pioneer KK had not used its marks in relation to some of the goods. The convergence of audio and audio visual products with other digital technologies including computers, meant it was difficult to separate Pioneer KK’s goods from Pioneer Computers’. As a result, there was a high risk of deception or confusion in the market if Pioneer KK’s registrations were restricted.

The downside of discretionary provisions is they create uncertainty. There are costs and risks associated with filing a non-use revocation action, and applicants are entitled to know their legal position before going in.

Lacoste restores some certainty to New Zealand’s trade mark revocation laws, but trade mark owners should take note that any discretion to retain an unused trade mark has been significantly curtailed or even removed. It now really is a case of ‘use it, or lose it’.

It is important to be clear about the trade mark you intend to use, and to register it in that form. If your trade mark changes, it is also important you update your registrations to reflect the changes. Finally, if rights holders are concerned their registrations may be vulnerable to revocation, they should consider re-filing new applications to reflect their current use.