Gary Gwyn Chettleburgh (Chettleburgh) successfully appealed against a decision of the Assistant Commissioner of trade marks to invalidate his registration for SEDUCE covering clothing in class 25 (Gary Gwyn Chettleburgh v Seduce Group Australia Pty Ltd [2011] NZIPOTM 34 (20 September 2011)). The earlier decision was quashed on procedural grounds and referred back to the Assistant Commissioner for a fresh hearing. The invalidation decision had created uncertainty for brand owners.

This decision clarifies the meaning and scope of the "proprietorship provision" in s 32 of the Trade Marks Act 2002 (the Act), makes clear that grounds of revocation must be expressly pleaded, and suggests that the Court or Commissioner's power to invalidate trade mark registrations may be discretionary.

At the initial hearing, Seduce Group Australia Pty Limited (Seduce Group) succeeded in invalidating Chettleburgh's registration under s 32. Section 32 provides that only a "person claiming to be the owner of a trade mark" may apply to register that mark. Seduce Group had used the trade mark SEDUCE in relation to clothing prior to Chettleburgh, but had stopped using it before Chettleburgh's application was filed. The Assistant Commissioner held that Seduce Group had established proprietorship rights through its earlier use of the mark, and maintained those rights even though it had stopped using the mark, because they had not expressly abandoned it. The initial decision was made in spite of the fact s 32 had not been expressly pleaded.

In the High Court, Woodhouse J considered the meaning and scope of s 32. His Honour held that the claim to ownership required by the section was not merely a matter of form and that lack of a valid claim to ownership was a ground for revocation. This decision provides judicial clarification over a matter about which there has been some academic disagreement.

Woodhouse J also held it was necessary to specifically plead all grounds relied on in revocation proceedings. Because the issue of proprietorship under s 32 had not been pleaded in the case at had, his Honour considered Chettleburgh had had inadequate notice of it and had therefore been disadvantaged. His Honour referred to Trade Marks Regulation 107 which states that the information required for an application for declaration of invalidity includes "the grounds for a declaration of invalidity", and the right to observance of the principles of natural justice under New Zealand Bill of Rights Act 1990 in support of these findings.  In light of the above, the matter was remitted to the Assistant Commissioner for a new hearing on the issue of proprietorship.

Woodhouse J went on to discuss whether the power to invalidate a registration under s 73, was discretionary. While noting that in other jurisdictions there appeared to be no real discretion, Woodhouse J expressed the tentative view that the power to invalidate is discretionary in New Zealand. His Honour considered that the facts of the case at hand may make the exercise of discretion appropriate. However, these comments were strictly said in passing because of the decision to refer the case back to the Assistant Commissioner.

Tackling the problem of proprietorship 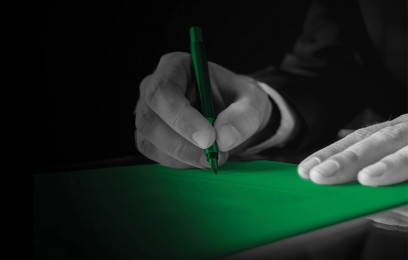