An off-hand comment by Kris Jenner during an episode of Keeping Up with the Kardashians is now a brand. At least that’s what Kris wants us to know, having recently filed applications to register YOU’RE DOING AMAZING SWEETIE as a trade mark in the United States. According to these applications, Kris’s company Jenner Communications Inc. intends to use the catchphrase on a variety of products including cosmetics, homewares, stationery, bags and other accessories.

This begs the question, how does a simple phrase (or slogan/tagline) become intellectual property? Especially a phrase that, for viewers of Keeping Up with the Kardashians, was simply meant to reassure Kim Kardashian of her mother’s support as she posed for her first Playboy shoot.

Social media has transformed our cultural landscape and created an environment where catchphrases can become world-famous overnight. It is reasonable for individuals that ‘create’ these catchphrases—whether by accident or not—to recognise, protect and exploit their commercial value. Catchphrases that resonate with a consumer audience in a meaningful way can also be integral to a business’s marketing strategy.

Simple, short phrases cannot be protected under international copyright laws. So, Kris Jenner is right in acknowledging that the commercialisation of the catchphrase ‘you’re doing amazing sweetie’ should involve an effective trade mark protection strategy. Trade marks distinguish the source of a product or service from the products and services of others. If Kris Jenner successfully registers the catchphrase, she will be able to stop others from using the same or a similar mark.

Generally speaking, catchphrases (and slogans/taglines) can function as trade marks. There are numerous companies that can be identified simply by a particular slogan eg, ‘Just Do It’ (Nike) and ‘Because You’re Worth It’ (L’Oréal). When viewing products or services bearing these slogans, most consumers know that those products and services originate from Nike and L’Oréal. Nike and L’Oréal have successfully registered these slogans as trade marks in numerous countries around the word, including in New Zealand and Australia.

Catchphrases are examined under the same rules as traditional trade marks during the registration process. However, consumers are generally slower to recognise a catchphrase as a trade mark. This is because it is more difficult for the average consumer to associate a short phrase with one commercial undertaking. Certain phrases are too descriptive or generic to be monopolised by one party and are ineligible for registration as a trade mark. For example, the phrase ‘The best in town!’ is laudatory and would not meet the threshold of ‘distinctiveness’ required for registration. It wouldn’t (and shouldn’t) be possible for one business to stop others from using this phrase—even if they truly believe they are the best in town! Therefore, businesses should steer away from adopting descriptive or generic catchphrases. They are harder to enforce as trade marks and have low commercial value.

Certain non-distinctive or generic phrases can become registrable over time, provided consumers learn to identify that phrase as a trade mark. In New Zealand and Australia, for example, it is possible to register otherwise non-distinctive phrases as trade marks based on ‘acquired distinctiveness’. This is done by submitting formal evidence showing significant use of the mark in relation to the relevant goods or services. However, given the volume of evidence required, proving acquired distinctiveness can be an expensive exercise for brand owners. The more unusual or idiosyncratic a slogan, the higher the chance it can be registered without filing evidence of use.

Levi Hawken registered the catchphrase NEK MINNIT in New Zealand in relation to a wide range of goods and services after a video he posted on social media went viral. In doing so, Levi benefits financially from the recognition and popularity of his viral video. Levi can exclusively use the catchphrase, license companies to produce or sell merchandise bearing the catchphrase and stop others from making commercial use of the catchphrase. So, it is no surprise that savvy momager Kris Jenner is adopting the same strategy by registering YOU’RE DOING AMAZING SWEETIE.

Has something you said on camera become a viral ‘meme’ overnight? Talk to us at AJ Park— you may have inadvertently created a successful global brand! 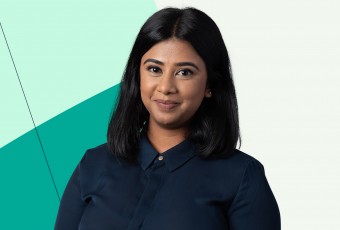