The significant decrease comes after Eminem’s company, Eight Mile Style, had been successful in legal proceedings brought against the New Zealand National Party for copyright infringement of Eminem’s iconic song ‘Lose Yourself’.

Readers may recall that during the lead-up to the 2014 parliamentary election, the National Party put out a series of televised election advertisements featuring an instrumental track with a striking resemblance to ‘Lose Yourself’. The ‘sound-alike’ track was sourced by the National Party’s advertising consultants from the Australian music supplier BeatBox, who marketed the track as ‘Eminem-esque’. At the time, National Party spokesperson Steven Joyce had infamously described its use of the track as ‘pretty legal’.

In the High Court proceedings, damages of $600,000 were awarded based on a reasonable royalty rate rather than on actual damage suffered by Eight Mile Style. The Court had arrived at the landmark award by means of an uplift based on three key factors:

The National Party appealed, and it got an early Christmas present late last year when the Court of Appeal, which delivered its decision on 18 December, significantly reduced the award to NZ$225,000.

The Court of Appeal agreed with the High Court that political use of the song would warrant an uplift in licence fee. The Court said this would be to reflect the objective concern that a licensor would have about the future licensing implications arising from allowing the use of the song in a divisive context, being the general election.

However, the Court of Appeal disagreed that the lack of creative controls should result in an uplift. The Court’s view was that, as a matter of logic, a quality control provision would be absent from all hypothetical licences in respect of a historical infringement, which was the case when the High Court considered the claim in 2017, nearly three years after the advertising campaign aired.

The Court of Appeal also reasoned that a significant reduction was in order because the High Court had erred by adopting an international baseline figure for the licence fee. Instead, it said, the hypothetical licence would have been negotiated in the context of activity that was to occur primarily in New Zealand. In doing so, the level of the licence fee would be close to the top of the range for New Zealand licences, and evidence from the trial showed this was significantly lower than what might be paid by adopting an international baseline from the experience of other larger territories. This view was also justified on the basis that the licence terms should reflect the actual infringement, which was in New Zealand, and in the context of election advertising that was directed as those eligible to vote in New Zealand.

Eight Mile Style is currently in the process of seeking leave to appeal to the Supreme Court. The application for leave will be heard later this year, and we’ll keep you updated as this case continues to wind its way through the courts. 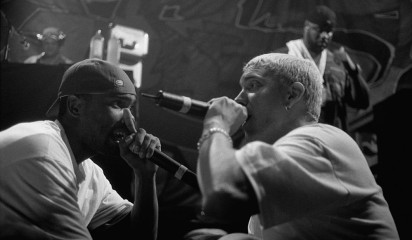