Budget 2014, released by the New Zealand Government last week, broadly appears to have delivered on expectations.  While the general theme is one of managing steady and sustained economic growth over the long-term, additional measures and funding signal good news for R&D intensive start-ups and researchers.  These include:

The two new measures that were confirmed in the Budget are expected to apply from the 2015-16 income year.  The first applies to R&D losses. Companies engaging in intensive R&D will be able to access some or all of their tax losses in the form of a cash receipt. While the devil is likely to be in the detail, start-ups that are able to make use of this reform will benefit by being able to cash in their tax losses early rather than carrying them forward to offset against future income. This will help reduce constraints on cash or capital-strapped start-ups and may encourage further investment in R&D.

The second measure will allow deductions for 'R&D black hole' expenditure which cannot currently be deducted or depreciated. This reform was first floated in budget 2013.  In effect, capitalized costs on depreciable intangible assets, such as patents, will be deductible over time.  Currently, only the legal and administrative costs of registering such assets are treated as depreciable.  Businesses will also be able to make immediate, one-off deductions for capitalized development expenditure on intangible assets which is written off for accounting purposes.  This is expected to deliver the dual benefit of relieving the income tax treatment of R&D projects that don't ultimately succeed, while ensuring businesses aren't discouraged from investing in R&D because of the income tax treatment.

Increased operating funding of $56.8 million over three years from 2015/16 will be made available for investment in contestable science.  Investment in high-quality scientific research is regarded as a critical component of the overall science funding system. This provision signals the Government's continued commitment to keep significantly growing the science investment budget, as set out in The National Statement of Science investment, which is being drafted.  Science and Innovation Minister Steve Joyce says, 'this additional funding will help to achieve the goal set out in the statement - of a science system that produces high-quality, relevant, internationally connected research that makes a real difference to New Zealanders'.

'Continuous innovation is like oxygen for our economy - vital for its survival, health and longevity. These measures send an encouraging signal from the Government that ongoing investment in science and R&D is an important economic plank,' says Damian Broadley, managing partner at AJ Park.

More information on Budget 2014 can be found here.

You may also wish to read other expert commentary from Deloitte and EY.

In its May 2013 Budget, the New Zealand Government announced proposed changes to the tax treatment of 'black hole' expenditure.  This is… 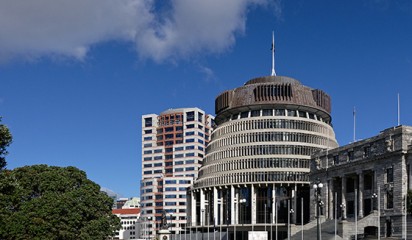