The trade mark of China's progress

Anyone doing business in China needs to keep a sharp eye on what is happening there. Change, change, change is the constant conversation topic.

For years, observers have speculated that China would start taking intellectual property (IP) rights seriously once their economy had developed to a point where Chinese companies themselves had valuable IP to protect. That time has arrived.

A set of amendments to Chinese trade mark law, which came into effect on 1 May 2014, is a signal that China is eager for domestic firms to move further up the value chain.

These recent amendments bring Chinese trade mark law more closely in line with trade mark systems in other major developed markets. Chinese officials have openly linked this legislation and the amendments with their broader goals for the economy.

The Minister of the State Administration for Industry and Commerce, Shang Mao, said in September 2013 that the new law 'is an important measure to accelerate the transformation in the mode of economic development, and to implement a new development strategy that is driven by innovation.'

There are winners, both domestically and internationally, from the changes made.

One important change is that Chinese trade mark law now sets a fixed timeframe for dealing with examination and registration procedures. Electronic filings will also be officially recognised. A straightforward trade mark application, with no objections or oppositions raised, could advance to registration within 12 months of filing. If accomplished, this ambitious target, would make the Chinese trade mark system comparable with or even faster than its counterparts in the US, the EU and Japan.

The amendments also tackle the longstanding problem of 'trade mark squatting' in China. For years, individuals (and sometimes trade mark agents) could abuse the 'first-to-file' system that operated in China by registering another company's unregistered trade mark and then selling rights to that trade mark back to the company. The new law imposes duties of good faith and confidentiality on agents, and specifically forbids them from filing applications where they know, or ought to know, the applications they are filing would infringe the prior rights of another party. Companies that have used their trade marks in China without a registration, will soon have new grounds to challenge identical or similar trade marks that have been registered by others in bad faith.

The definition of the term 'well-known trade mark' has also been clarified in the amendments, and refers to trade marks that are so widely recognised that they qualify for protection even if they are not formally registered. This concept has been eroded as individuals and marketers have used the term 'well-known trade mark' itself on labels and packaging to imply to consumers the product is associated with an established company and brand. With the new law in place, this activity is prohibited. It is hoped that this will reduce confusion about the term's legal significance.

Finally, the new law brings into play tougher penalties for infringers. Under the existing regime, the infringer only had to pay compensation to the amount of the actual damages suffered by the trade mark owner or the illegal profits made because of the infringement. As trade mark owners often struggled to prove the damages they had suffered, the penalty for infringers was seen as worth the risk.

From May 2014, punitive damages may be imposed in cases where serious infringements have been committed in bad faith. Those damages could be as high as three times the normal compensation paid.

Also, the upper-level of statutory damages has been raised from $100,000 to$600,000. This should help trade mark owners who, because of evidential problems, are unable to recover enough compensation brought about by the infringement.

Some sacrifices have been made to achieve a more efficient trade mark system in China. For example, to lessen the number and duration of oppositions, an opposed trade mark will automatically advance to registration once the opposition fails. The opponent no longer has a right of appeal. Invalidation of a registered trade mark is still possible but the applicant can still use the trade mark in the meantime, which is not only likely to cause harm to the opponent, but also render hollow any subsequent victory in the invalidation action.

Some significant steps have been made by China in updating its trade mark law, but there are still some shortcomings to address.

An edited version of this article appeared in the July 2014 issue of NZ Retail.

Nine tips to protect your brand if you're looking to…

Kiwi companies considering exporting to China should think strategically about protecting their brands and recognise the value of your intellectual property. To… 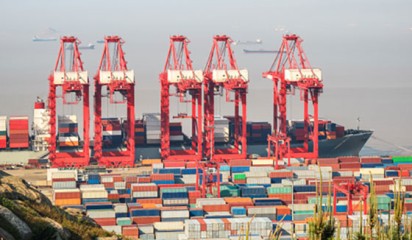