Keep an eye out for a new shield that has the power to stun or even incapacitate.  It is portable, contactless and non-lethal (in the right hands), and it works by emitting sound waves. Sounds incredible, but this is what's described in patent US8403106, recently granted to Raytheon.

The shield emits pulsed pressure/sound waves which couple to the target's respiratory tract and cause so much difficulty breathing that the target could become temporarily incapacitated.

It works by generating pressure pulses which travel through a tapered acoustic horn. The horn has a small input opening, which increases the pressure of the pulses because of the small displacement area. As the pulses move through the widening horn, they gradually decompress, reducing in pressure and increasing in displacement. The wave that is finally emitted from the target-facing side of the shield creates a pressure barrier which hinders breathing, but is not of a high enough pressure to kill or rupture the target's eardrums.

Multiple shields can also operate in sync over a wireless network, to create a 'force multiplier' or an impenetrable pressure barrier.

The patent helpfully describes 'safe' operating decibel ranges. Unfortunately, there doesn't seem to be that much of a leeway between "incapacitate" at 182 dB and eardrum rupture at approximately 185 dB.

The iPhone 5s hadn't been released for even a week before a group of hackers, the Chaos Computer Club, succeeded in cracking the phone's fingerprint authentication with a lifted print. Read more about this here.

To achieve greater security, a biometric identifier would need to be much more intrinsic and much less frequently left lying around-like the electrocardiogram (ECG) from your very own living, beating heart.

The inventors at Bionym have developed an ECG authentication system which is described in their patent application, WO2012151680. The system processes recorded ECGs to extract key features of each signal. These extracted features are unique to each individual, and are less affected by noise and normal variability in healthy ECG recordings.  The processed signals are then passed to a machine-learning module which 'learns' to match new samples to each feature set despite inevitable variability in the samples.

The patent application also describes an interesting additional security measure, 'continuous identification'. This is possible because a fresh ECG reading can be conveniently and unobtrusively taken every few seconds, as opposed to static fingerprint recordings. 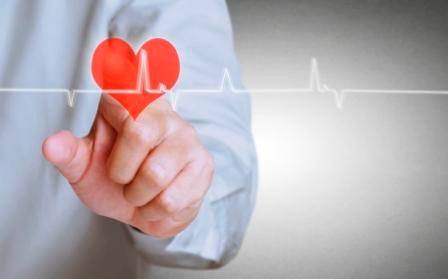 Medical imaging is so readily available here in New Zealand that we don't think about how much the systems cost to set up and run. But cost is a major problem in developing countries, in addition to poor infrastructure and a shortage of skilled imaging technologists. And without basic medical imaging like X-rays, doctors in these countries are essentially operating blind-folded.

Merge Healthcare has come up with "imaging kiosks" to try and tackle some of these issues. Each kiosk houses imaging equipment such as an X-ray unit, and is connected remotely to a diagnostic technician. The system is described in more detail in US8526573, recently granted to Merge Healthcare.

The diagnostic technician controls the entire imaging procedure via the remote connection. Cameras or laser alignment systems inside the kiosk record the position of the patient relative to the X-ray unit. This position control signal is transmitted to the technician, who then sends instructions to the patient to reposition themselves if required. There may also be motors connected to the x-ray unit which can be remotely activated by the technician to move the x-ray unit. Once an image is taken, a lower-resolution copy may be sent to the technician, so that they can assess if the image is satisfactory or if another scan needs to be performed.

The patent also describes other diagnostic equipment which may be installed in each kiosk to measure the patient's blood pressure, blood glucose, body fat, cholesterol, temperature, pulse, etc.

While the system is targeted at underdeveloped regions, imagine the convenience of having one of these kiosks at your local mall, at the gym, or at major sports events. 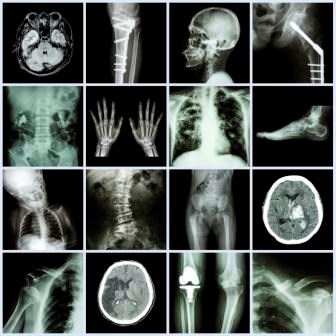 An edited version of this article first appeared on the Idealog website on 1 October 2013.