A recent decision of the Commissioner of Trade Marks in relation to the KURA word mark provides some interesting comment on the approach taken to assessing distinctiveness of te reo Māori words under the Trade Marks Act.

In that case, the applicant tried to register the word KURA in relation to various goods, including dietary products and dairy products. IPONZ proposed to reject the mark on the basis that ‘kura’ means red or scarlet which means that KURA is not a distinctive trade mark because the goods in question could be red–coloured and other traders may want to use ‘kura’ to describe their competing goods. The Commissioner agreed.

As far as trade mark decisions go, this is not a particularly interesting one, as it is well established that marks that consist of simply the name of a colour cannot be registered for goods that might be that colour.

However, the decision does provide some interesting commentary on the correct approach for assessing distinctiveness of Māori words.

The applicant made a number of arguments in this case, including that ordinary consumers could understand ‘kura’ to mean school rather than red or scarlet, and that ‘kura’ is also a word in other languages.

The Commissioner’s decision makes clear that the meaning of words in other languages is not as relevant as the meaning of the word in te reo Māori. Even if the applicant does not mean to be using a Māori word, if the word is recognised as Māori, then it must be considered whether use of the trade mark would be offensive, and that meaning will be taken into account for the purposes of distinctiveness. The applicant’s intention of what it understood the word to mean is not relevant to this assessment.

When assessing distinctiveness the decision also makes clear that Māori words will be treated the same way as English words. That is, the meaning will be that as understood by a fluent te reo Māori speaker, and ignorance on the part of consumers as to the meaning of the word will not be assumed.

The Commissioner’s decision states that this gives proper recognition to the status of te reo Māori as an official language of New Zealand and also ensures that the Trade Marks Act 2002 is interpreted consistently with Te Ture mō Te Reo Māori 2016 (The Māori Language Act 2016).

The Commissioner also notes that for the purposes of distinctiveness the ‘ordinary New Zealander’ should be assumed to be familiar with New Zealand’s official languages. 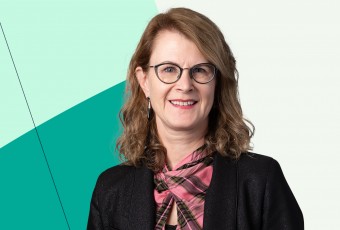