The appeal decision in Capitol Records v ReDigi (ReDigi) issued December 2018 did not attract anywhere near the same attention as the 2013 trial decision. Presumably this was because audio streaming has largely replaced audio downloads, and consumer demand for a web marketplace facilitating second-hand sale of such downloads has dissipated. Or possibly, at least so far as lawyers are concerned, because the Court of Appeals confined its decision (although not its reasoning) to infringement by reproduction—the District Court finding that the first sale doctrine was not drafted so as to apply to distribution over the internet.

Nevertheless, the appeal decision was another reminder that there are still unresolved copyright issues arising from the ‘distribution’ of intangibles such as the delivery of digital files over the internet, especially at the consumer end of the delivery chain. Despite the World Intellectual Property Office’s (WIPO) Internet Treaties concluded 23 years ago, copyright law is still more tuned to distribution of tangible objects that may constitute or contain copyright works.

For example, the making of new copies is an inevitable part of online distribution of digital content. And not just for uploads and downloads, but also for streaming, despite the transient nature of the part copies created within that technology. ReDigi also serves as a reminder that there are fundamental copyright exhaustion issues which have to be addressed and resolved for the digital world. Should section 109 of the US Copyright Act be amended to ensure first sale of a digital file over the internet exhausts the distribution right? Similarly, in the EU, should first sale of intangible content exhaust the copyright holder’s communication right?

As argued at the WIPO Copyright Treaty (WCT) negotiations in the 1990s, the US, unlike the EU, considered the distribution right included communication and that they had no need to create a new communication right as had been proposed by WIPO. But clearly, both the US and the EU either overlooked first sale exhaustion for internet communicated works or decided they did not want it.

Should jurisdictions that do not have legislation to exhaust either distribution or communication rights (like New Zealand and Australia) start reform programmes to achieve this? Should exhaustion be an international outcome for a given set of circumstances? If so should there be any exceptions?

Exhaustion is primarily a commercial issue rather than a legal issue. The ReDigi trial court noted a report from the US Copyright Office that pointed out that second-hand digitised content files remained in perfect condition, unlike, say, second-hand paper books. Allowing the sale of perfect digital replicas by download at a price cheaper than the price required on first sale by the copyright holder under a first sale doctrine could be seen as a disincentive to publish. Maybe this was the rationale for the exhaustion provision in Article 6(1) of the WCT being restricted by the associated Agreed Statement:

As used in these Articles, the expressions ‘copies’ and ‘original and copies’, being subject to the right of distribution and the right of rental under the said Articles, refer exclusively to fixed copies that can be put into circulation as tangible objects.

On the other hand, Jessica Stevens at the Queensland University of Technology argues for exhaustion of the distribution right even in such a circumstance because she sees the issue as a cultural or moral one. For example, with university text books becoming digitised, the long-established student practice of selling a text book second hand when a course has been completed has become unlawful.

The Court of Justice of the European Union (CJEU) will soon be deciding on the references to it from The Court of the Hague in the Tom Kabinet case and giving its further views on exhaustion of the ‘distribution right’ for second hand sale of eBooks. Tom Kabinet, a Dutch company, is virtually a mirror image of ReDigi except it trades in eBooks rather than iTunes. Tom Kabinet relies on the 2012 CJEU decision in UsedSoft GmbH v Oracle International Corp(UsedSoft) to provide for exhaustion, despite the works it is dealing with not being software, which could be expected to fall under the InfoSoc Directive (which excludes exhaustion of the communication to the public right) rather than the Computer Program Directive, which, contrary to the WCT, does not provide a communication right for software. The issue is unlikely to be comprehensively resolved, and advocates for exhaustion will no doubt continue to argue for legislative change to bring the distribution/communication of intangibles into line with that which applies to tangibles.

Contrary to the CJEU, I am adamant that the correct legal classification of a commercial transaction resulting in the delivery of an intangible such as software or digital content over the internet is a licence and not a sale. It is surprising that this issue was not dealt with in ReDigi, bearing in mind the structure of Apple’s iTunes agreement. Putting that aside, it is suggested that exhaustion advocates should adopt and extend the traditional English common law substitute for exhaustion of IP rights, namely the concept of an implied licence to ‘resell’. As Sir Robin Jacob stated at the 27th Fordham IP Conference, doctrines of exhaustion of IP rights were unknown in English law and instead it was always considered that an implied licence to resell ran with the patented or copyright ‘goods’.

It is not just that the written contracts for internet deliveries are ‘dressed up’ as licences (as the CJEU thought in UsedSoft) and contain the terms that are only befitting of a licence, but also that the technological process for a download necessitates a licence. Unlike the situation for the supply of tangibles where the copyright holder makes each and every copy which is subsequently delivered to each acquirer, with internet deliveries it is the acquirer, not the supplier, who makes the copy he/she will retain for their private use. The internet delivery is facilitated by:

The acquirer could not lawfully make this new copy without a licence from the supplier/copyright holder. The acquirer holds his copy under licence. It has not become his property by any transfer of title under a sale agreement so as to allow him to do whatever he likes with it, including selling it second hand.

How about statutory provisions vaguely along these lines:

Ken Moon guest blogs on the international copyright blogspot, The 1709 Blog, on the the legal substance and practical consequences of the… 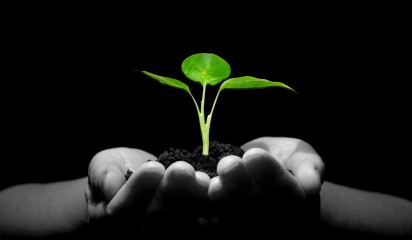