Patents are a virtue: Springs in your step, sleep aid pillows, and sleep detectors

In our patents are a virtue series, Anton Blijlevens and Jillian Lim share more on a spring that offers an alternative treatment system for joints, a pillow that helps you determine the best time for a siesta, and headgear that keeps you from taking a siesta.

A spring in your step

According to Arthritis New Zealand, almost half of all people over the age of 60 and virtually all over the age of 80 will have osteoarthritis. Many will undergo joint replacement as a last resort. But surgical treatment is highly invasive, relatively temporary and may induce further long-term damage. For example, the procedure often removes chondrocytes, the cells which generate and maintain cartilage on the joint surfaces. Also, the resulting artificial joint may load the bones and cartilage incorrectly, leading to weakening of the tissues.

Moximed has invented an alternative treatment system, which literally involves inserting a spring into the joint. Their patent for the device was recently granted as US 8,409,281.

The device is anchored at each end to the bones of the joint, eg, the femur and the tibia. No joint tissue is removed, so the procedure is reversible and conventional surgery may still be performed on the same joint in the future. In between each anchor is an 'adjustable energy manipulation assembly', which includes the spring. The spring absorbs some of the load on the joint to reduce pain. Importantly, the amount of load absorbed can be controlled by adjusting the amount of compression in the spring.

The patent describes many ways in which the spring can be adjusted, post-operatively and through the skin. This means that the joint can be monitored over time and the device adjusted accordingly without requiring further surgery. This also means that the device can be inserted in an inactive state and deployed only after the joint has healed sufficiently, fast forwarding the healing process.

If you've ever tried to take an afternoon nap, you'll know how frustrating it feels when your alarm goes off just as you fall asleep. What if changing your pillow could help?

Sony has developed a sleep aid pillow, as described in their patent application US 2013/0035541. The pillow has at least one electrode attached to it which measures the user's brainwaves. The brainwaves are periodically analysed to determine the user's sleep state. The patent application describes cycles of five general sleep states, which can be identified by monitoring the user's alpha and delta brainwaves. Sleep stages one and two correspond to lighter sleep, suitable for afternoon naps, while stages three and four correspond to deeper sleep.

When the pillow device identifies a specified sleep state, it activates a preset process. For example, the preset process could be an alarm to be activated 10 minutes after the user has reached sleep state 2. Or it could be gentle vibrations to prevent the user from sinking into sleep stage 3, but not wake him or her up completely.

It appears that the pillow is primarily for naps, rather than night-time sleep. The electrodes need to maintain contact with the user's bare skin, eg, the forehead, so the patent application suggests that the user "bury his or her face into the pillow" while it is propped on a desk. 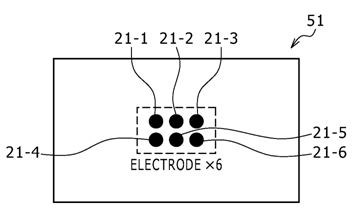 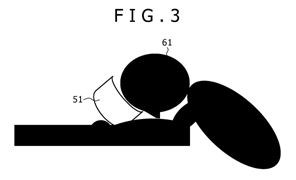 No time for siesta

What about times when you really should not be dozing off, for example while driving or working? Patent application, WO 2012/170816, filed by Jeffrey Prinsell, describes a headgear which detects the onset of sleep and wakes you up.

While other types of wearable sleep detectors exist which detect signs such as eyelid closure, changes in body movement, altered breathing, and changes in heart rate, the inventor explains that these are less reliable since these signs either appear past the onset of sleep or may also occur in the absence of sleep.

The application also describes electromyography (EMG) sensors, attached to the user's chin for detecting chin movement, which apparently abates during sleep. But these facial electrodes are optional since they would make the system less convenient (and a lot less hip). 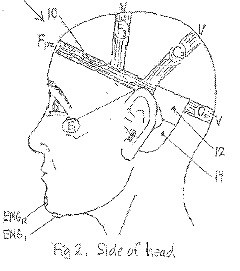 An edited version of this article first appeared on the Idealog website on 29 October 2013.