Patents are a virtue: 3D printed living tissues, smart watches, and four cameras on your smartphone

Bioprinting of a component that makes up a three-dimensional structure of living tissue, a smart-watch with touchpads on the wristband, and a smart-phone with at least four cameras positioned on different sides of the device. Anton Blijlevens and Jillian Lim discuss some interesting new patents.

Some amazing things can be made using 3D printers - bicycles, prosthetic jaws, chocolate structures,  and guns to name a few. One day, your surgeon may even be able to print you a customised replacement organ. Organovo has recently managed to bioprint functioning human liver tissue. They have a corresponding patent application, US 2013/0190210, which covers the bioprinting of at least one component that makes up a three-dimensional structure of living tissue.

Bioprinting is essentially 3D printing using bio-ink, a substance which contains the desired living cells. The computer-aided, automated process allows for fast, accurate and reproducible construction of the tissue. What does this mean for us in the near future? Well, it could allow for cheaper and more accessible replacement organs. Currently, however, the patent application appears to be limited to bioprinted tissues for use in in vitro testing.

The patent application also covers tissue structures having multiple layers of cells, with different cell types in each layer. Since the bioprinting process lays down bio-ink one layer at a time, there is increased control over the construction of the entire tissue. For example, the cell content within each layer and the thickness of each layer can be controlled precisely to better replicate human tissue. 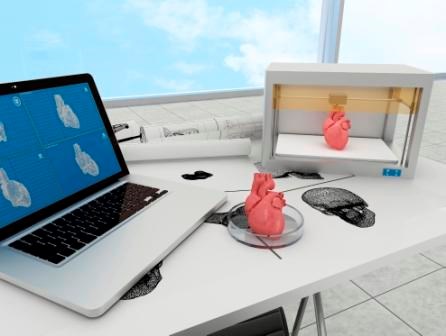 Watch out for the watches

If the hype from Samsung's recent launch of their Galaxy Gear is anything to go by, the smart-watch may be the next iPad. And of course, everyone wants a piece of the smart-watch patent pie.

Google's recently issued smart-watch patent, US 8,467,270, describes not just the standard touchscreen watch face, but also touchpads on the wristband. Two touchpads to be exact, one on each side of the watch face. The touchpads interact with each other, so that user input on one touchpad relative to the other touchpad generates various commands such as "pinch", 'stretch' or 'scroll'.

The patent also describes these touchpads as modular components or "links" that make up part of the wristband. Presumably, Google will offer various modular components, such as another display or an LED light module, which the user can simply snap onto their watch. These modules are powered by a power line which runs through the wristband. This means that the ends of the wristband (the fasteners) could also double as plugs, such as a USB port, for charging and connecting to a computer. 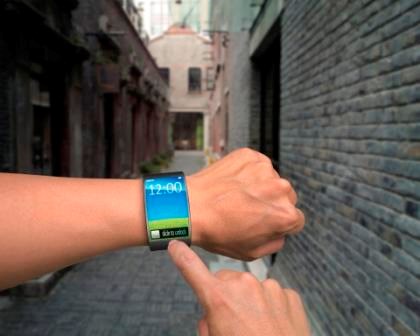 Very soon, the front and rear cameras on your standard smartphone just won't cut it. Amazon was recently issued a patent, US 8,451,344, for an electronic device with at least four cameras positioned on different sides of the device.

Part of the usefulness of the invention appears to be the positioning of the lens on the side edge of the device. This would allow images to be captured with the device flat on the table. This could be especially useful for discreetly identifying people. A potential alternative to 'discreetly' wearing smartglasses?

Multiple cameras allow for more control options, for example, via gaze detection. One of the cameras could be set to track the user's gaze, such that if the user gazes at the device, then at a person, then back at the device, this would be the command for another camera to start imaging and identifying the 'chosen' person.

An edited version of this article first appeared on the Idealog website on 10 September 2013.