The Intellectual Property (IP) Laws Amendment Bill 2013 was introduced into the Australian Parliament on 30 May 2013. Here's a snapshot of the BIll's schedules.

The Bill follows the Raising the Bar Act that came into effect on 15 April 2013, and is part of the Government's ongoing reform of Australia's intellectual property system. The Bill has six schedules. Some of the schedules seek to refine existing activities. Others seek to implement new initiatives.

Crown use of pharmaceutical inventions (schedule 1)

The Australian Patents Act has Crown use provisions that allow the 'Crown' (in effect, the Australian Government) to exploit a patented invention in certain circumstances.

The rational for the Crown use provisions is that patents that are granted by the Crown should not impede the Crown from acting in the public interest, and the Crown's special position in providing public services as distinct from commercial services. The provisions are rarely used.

The Bill clarifies when the Crown use provisions apply. The Bill amends the Patents Act to say Crown use can be invoked for services that the Australian Commonwealth or a State (of the Commonwealth) has primary responsibility for providing or funding.

The World Trade Organization Agreement on Trade-Related Aspects of Intellectual Property Protocol (TRIPS Protocol) seeks to enable the least-developed and developing countries to manufacture or access patented medicines. The Protocol encourages pharmaceutical patent owners to either:

Australia accepted the Protocol in 2007.

The Bill delivers on Australia's obligation to implement the Protocol in its legislation by setting up a scheme by which Australian pharmaceutical manufacturers can apply to the Federal Court for compulsory licenses to manufacture and export patented pharmaceutical inventions.

The Plant Breeder's Rights Act enables plant breeders to obtain plant breeders rights (PBRs) for new plant varieties. The owner of a PBR can exclude others from:

The jurisdiction of the Federal Circuit Court was previously expanded in 2012 to hear trade marks and designs matters.

The Bill amends the Australian Patents Act to provide for a single patent application and examination process that covers both Australia and New Zealand. The applications will be examined by a single examiner (from either Australia or New Zealand) under the laws of each country, and each country will grant a separate patent under its own legislation.

The Government argues that because most New Zealand applications are also filed in Australia where they are subject to similar examination procedures, the single examination process will be more efficient and reduce costs for applicants.

The Bill also provides for a single trans-Tasman patent attorney regime. At present, the majority of Australian and New Zealand patent attorneys are registered to practice in both countries.

New Zealand patent attorneys who specialise in trade marks will have a 12-month transitional period in which to register as Australian trade marks attorneys without obtaining further qualifications. Unlike Australia, New Zealand does not currently have a separate trade mark attorney profession.

New Zealand will need to pass corresponding legislation before the single examination process and the single patent attorney regime can come into effect.

The Bill also corrects several drafting errors in the Raising the Bar Act.

Please contact us if you have any questions about the Bill.

This is the most significant amendment… 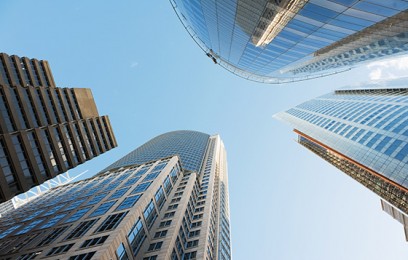