Many successful businesses have been built around the name of a colour. The colour pink is the new black in retail circles at the moment. Two significant retailers have been battling about who has the right to use the colour PINK as a brand. The battle involves Victoria's Secret and Thomas Pink.

Colours can be, and often are, an important element used by businesses to distinguish themselves from others in the market.

Recognising the appeal that colours have to consumers, it's no wonder that many businesses consider whether they can use and register a colour as a trade mark to monopolise that element for itself. Registration as a trade mark can be of the colour name, the colour itself, or both.

Many successful businesses have been built around the name of a colour.

The colour pink is the new black in retail circles at the moment.  Two significant retailers have been battling about who has the right to use the colour PINK as a brand.

Thomas Pink went pink when Victoria's Secret's launched its PINK brand in the United Kingdom in 2012.  It filed for trade mark infringement in May 2013.

Victoria's Secret had used PINK in the USA since 2004. It had great plans to expand its operations into Europe.

It will be a big blow to lingerie and apparel retailer Victoria's Secret learning that it has lost its trade mark case about its PINK trade mark in the UK.

Thomas Pink, known for its luxury men's shirts, claimed that Victoria's Secret's PINK brand would lead to customer confusion. The brand name VICTORIA'S SECRET was often not prominent when the word PINK was used both on clothing and on storefront signage. Justice Colin Birss ruled that Victoria's Secret's use of the word PINK on its goods infringed Thomas Pink's trade mark.

The Judge noted that Victoria's Secret PINK clothing line could confuse consumers with its 'sexy, mass-market appeal'. The Judge commented that consumers might associate the proper and expensive clothing brand with undergarments, which would cause a 'detriment to the repute' of the Thomas Pink brand.

Victoria's Secret argued that its brand was famous and that its customers were young women, not the older professionals who buy dress shirts and ties from Thomas Pink.

Victoria's Secret also argued that PINK, as used by Thomas Pink, was merely descriptive and had not achieved the distinctiveness required for trade mark infringement. Thomas Pink had never used its trade mark in exactly the same form in which it was registered, they argued and therefore they could not rely on those rights in this case.

Victoria's Secret also argued that Thomas Pink's trade mark was narrowly confined to its brand of men's luxury shirts, and that their PINK brand of women's clothing and Thomas Pink's shirts have coexisted in the US for years without issue.

These arguments were not accepted.

The High Court looked at four different uses of PINK by Victoria's Secret and found two of them, on clothes and on storefront signage, had infringed Thomas Pink's trade mark.  The other two, in-store signage and social media ads, did not.

Justice Birss found the first two cases would likely result in confusion. He noted, 'consumers are likely to enter one of the [Thomas Pink] shops looking for lingerie and be surprised and disappointed when they find they have made a mistake.'

Some interesting points to note from the case include:

This is not likely to be the end of the road.  An appeal is likely.  Meanwhile, Thomas Pink will be tickled pink with this ruling.

An edited version of this article appeared in the August issue of Apparel Magazine. 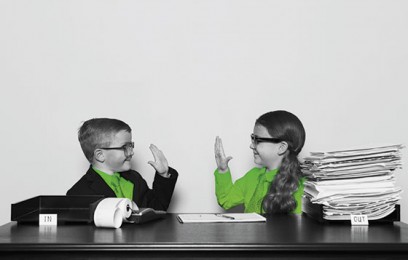