Productivity, R&D spending and an election

There has been a lot of talk during this election campaign about productivity. Much of that talk has come from Labour as they point out that, while GDP is growing, GDP per capita is not.

Whatever colours you wear, there is a consensus that New Zealand’s productivity needs a boost.

What is productivity and how does R&D spending affect it?

Productivity is a fancy word for how much we produce in terms of goods and services compared to the resources we use to produce those goods and services. Producing more without increasing what we input will generally improve our productivity. Sometimes we see this represented at a company level on a revenue per employee measure, but that doesn’t always paint an accurate picture.

At least part of New Zealand’s ‘productivity problem’ stems from our relative lack of large-scale and truly global companies. Another factor is our low level of R&D investment relative to other OECD countries. These two go hand-in-hand to some extent because larger companies have more capacity to spend on R&D.

Spending more on R&D can make companies more efficient, resulting in higher productivity. For example, R&D spend might allow us to produce higher value goods and services, thereby improving our returns without necessarily having to work harder or longer. It might also improve manufacturing processes to reduce cost or increase volumes.

How is New Zealand doing on R&D spend?

It depends on who you ask, but generally speaking, our performance is poor compared to OECD levels. For example, most recent data puts our R&D spend at 1.3% of GDP against an OECD average of 2.4%, and our private sector spend at 0.6%.

New Zealand’s total R&D spend in 2016 was NZ$3.2b. In contrast, Amazon alone spent US$16.1b, Google US$13.9b, and Apple US$10b. We are dwarfed in comparison to these three companies, and there are many more across the US and around the world spending similarly vast sums. Our incremental improvements will not be enough to win, except possibly in niche areas.

What policies are our political parties putting forward to boost R&D spend?

Without wishing to belittle the minor parties, it seems likely that we’re either going to get more of the same via a National-led government or the introduction of a comprehensive R&D tax credit regime from a Labour-led government.

Interestingly, Labour introduced R&D tax credits in its last term in government, but they were undone by National on the basis that they allow people to ‘game the system’ by re-categorising spend arbitrarily. A change in government will yield another swing on the seesaw of policy in this area, possibly only to be undone when the next political cycle turns. Sigh.

Which option is best?

It’s hard to assess which of the main parties’ policies are going to have the most impact on increasing R&D spending. A recent NBR survey suggested a divergence of views with businesses strongly supporting both camps and a large chunk arguing for no intervention at all! A survey on Stuff today (21 September 2017) had support for Callaghan Innovation grants at 41% and R&D tax credits at 59%.

We have certainly seen benefits from the grants system where smaller companies and other less well-funded entities have been able to undertake R&D they otherwise could not afford. Larger and profitable businesses seem more likely to benefit from a tax credit that can be put to use offsetting profit. Smaller, pre-revenue or loss-making enterprises (and there are plenty of them) will need to wade through some years of tax losses before a tax credit provides useful support. So grants may be of more direct benefit.

We are relatively agnostic in terms of choosing grants or R&D tax credits. Our preference would be to have both, to incentivise more spend for large and small businesses alike, but we don’t think even that is enough.

While government incentives can make a difference for cash-starved start-ups and SMEs, and while they are also exploited by larger organisations, our view is the private sector needs to allocate more of their capital to R&D to invest in future growth and scale. This will lead to the productivity gains we’re so sorely lacking.
We think part of the puzzle is broadening investors’ horizons, so they are not looking solely for annual or quarterly performance but are seeing the bigger picture. Companies should be focusing on multi-year programmes of R&D spend that are targeted, disciplined and focused on a big enough prize to justify the investment.

Perhaps we need to provide more targeted support to these global aspirants rather than offering incentives for R&D per se? NZTE already supports the export sector, but the segment we’re talking about is more than exporters, they’re global businesses, or at least they’re aspiring to be. It is through their exposure to international markets and competition that they see the benefits that R&D spend can have, and they can target that spend at solving problems for their bigger market

So one idea is to reduce the focus on the technology that companies are spending on and focus more on supporting companies that aspire to go global. This next generation of global companies will have to spend more on R&D simply to be able to compete. We wonder if that may have better results than funding local companies on their R&D projects that may or may not have any global application. 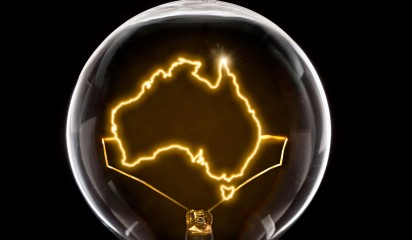